The Roman Catholic Church has consistently condemned abortion — the direct and purposeful taking of the life of the unborn child. In principle, Catholic Christians believe that all life is sacred from conception until natural death, and the taking of innocent human life, whether born or unborn, is morally wrong. The Church teaches, “Human life is sacred because from its beginning it involves the creative action of God and it remains for ever in a special relationship with the Creator, who is its sole end. God alone is the Lord of life from its beginning until its end: no one can under any circumstance claim for himself the right directly to destroy an innocent human being” (“Donum vitae,” 5). 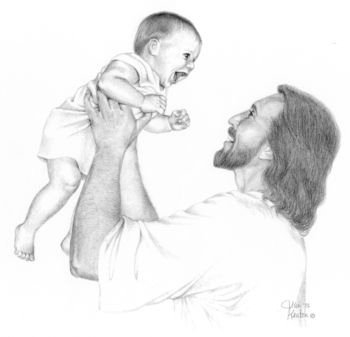 The respect for the sacredness of life in the womb originates in Christianity’s Jewish roots. The ancient Jewish world was much different from the surrounding cultures of Palestine where infanticide, infant sacrifice and abortion were not uncommon, and in some cases prevalent. For the Jewish people of those times and orthodox Jews to this day, all human life has as its author the one God whose creative power produces the child in the mother’s womb and brings it step-by-step to full life. The Old Testament revelation, which the Church inherited and accepted, gives clear evidence that life in the womb was considered as sacred. Moses proclaimed, “When you hearken to the voice of the Lord, your God, all these blessings will come upon you and overwhelm you: May you be blessed in the city, and blessed in the country! Blessed be the fruit of your womb, the produce of your soil and the offspring of your livestock, the issue of your herds and the young of your flocks! Blessed be your grain bin and your kneading bowl! May you be blessed in your coming in and blessed in your going out!” (Dt 28:2-6). The angel told the mother of Sampson, “As for the son you will conceive and bear, no razor shall touch his head, for this boy is to be consecrated to God from the womb” (Jgs 13:5). Job stated, “Did not he who made me in the womb make him? Did not the same one fashion us before our birth?” (Jb 31:15). In Psalm 139:13, we pray, “Truly you have formed my inmost being; you knit me in my mother’s womb.”

The Old Testament also testifies how God had specially marked individuals for an important role of leadership from the very first moment of their lives: “Beloved of his people, dear to his Maker, dedicated from his mother’s womb, consecrated to the Lord as a prophet, was Samuel, the judge and priest” (Sir 46:13). The prophet Isaiah proclaimed, “Hear me, O coastlands, listen, o distant peoples. The Lord called me from birth, from my mother’s womb He gave me my name. He made of me sharp-edged sword and concealed me in the shadow of His arms. He made me a polished arrow; in His quiver He hid me. You are my servant, He said to me, Israel, through whom I show my glory. Though I thought I had toiled in vain, and for nothing, uselessly spent my strength, yet my reward is with the Lord, my recompense is with my God. For now the Lord has spoken who formed me as His servant from the womb, that Jacob may be brought back to Him and Israel gathered to Him, and I am made glorious in the sight of the Lord, and my God is now my strength!” (Is 49:1-5). Likewise, the prophet Jeremiah recalled, “The word of the Lord came to me thus: Before I formed you in the womb I knew you, before you were born I dedicated you, a prophet to the nations I appointed you” (Jer 1:4-5).

Granted, some later rabbinic interpretations allowed exceptions for abortion, but there was no consistent or prevailing justification. The overriding Jewish teaching upheld the sanctity of the life of the unborn child.

The Greco-Roman world at the time of our Lord and in which Christianity grew permitted abortion and infanticide. In Roman law, the two acts were really not distinguished because an infant did not have legal status until accepted by the pater familias, the head of the family; until accepted, the infant was a non-person who could be destroyed. In some parts of the Roman Empire, abortion and infanticide were so prevalent that reproduction rates were below the zero-growth level. (Sad to say, most European countries face a similar plight today due to contraception and abortion.) 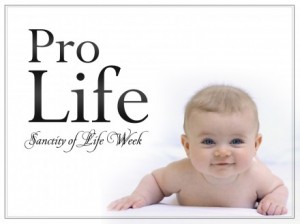 Nevertheless, the Christians upheld the sanctity of the life of the unborn child, not only because of the Old Testament revelation as cited but also because of the mystery of the incarnation. The early Christians, as we still do, believed that Mary had conceived by the power of the Holy Spirit, and through her, Jesus Christ — second person of the Holy Trinity, consubstantial with the Father, and true God — became also true man. No faithful Christian would ever deny that Jesus was a true person whose life was sacred from the first moment of His conception in the womb of His blessed Mother Mary.

The story of the visitation further attests to the sanctity of life in the womb and the personhood of the unborn child: “Thereupon Mary set out, proceeding in haste into the hill country to a town of Judah, where she entered Zechariah’s house and greeted Elizabeth. When Elizabeth heard Mary’s greeting, the baby leapt in her womb. Elizabeth was filled with the Holy Spirit, and cried out in a loud voice: ‘Blest are you among women and blest is the fruit of your womb. But who am I that the mother of my Lord should come to me? The moment your greeting sounded in my ears, the baby leapt in my womb for joy. Blest is she who trusted that the Lord’s words to her would be fulfilled’” (Lk 1:39-45). 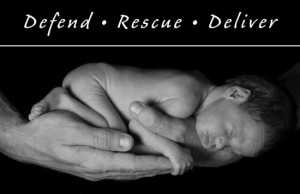 Given the revelation of the Old and New Testaments, with special emphasis on the mystery of the incarnation, the Roman Catholic Church has condemned the practice of abortion. Several examples of teaching which span the first three hundred years of our Church include the following: The “Didache” (“The Teachings of the Twelve Apostles,” c. 80 A.D.) asserted, “You shall not procure abortion. You shall not destroy the newborn child.” The “Epistle of Barnabas” (138) also condemned abortion. Athenagoras (177) in his “A Plea on Behalf of Christians” (a defense against paganism) emphasized that Christians consider as murderers those women who take medicines to procure an abortion; he condemns the killer of children, including those still living in their mother’s womb, “where they are already the object of the care of divine providence.” Tertullian, (197) in his “Apologeticum” likewise asserted, “To prevent birth is anticipated murder; it makes little difference whether one destroys a life already born or does away with it in its nascent stage. The one who will be man is already one.” In the year 300, the Council of Elvira, a local church council in Spain, passed specific legislation condemning abortion (Canon 63).

After the legalization of Christianity in 313, the condemnation against abortion remained. For instance, St. Basil in a letter to Bishop Amphilochius (374) clearly pronounces the Church’s teaching: “A woman who has deliberately destroyed a fetus must pay the penalty for murder” and “Those also who give drugs causing abortions are murderers themselves, as well as those who receive the poison which kills the fetus.” 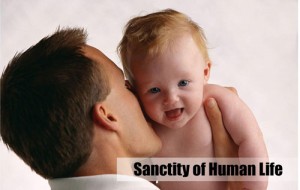 While many other examples could be offered, the key point is that the Roman Catholic Church from the beginning has consistently upheld the sanctity of the life of the unborn child and condemned the act of direct abortion. To oppose this teaching contradicts the revelation of Sacred Scripture and Christian tradition. As our nation marks the anniversary of the tragic Supreme Court decision, Roe v. Wade, we as Catholic Christians must pray for a change of heart in all citizens and courageously teach and defend the sanctity of human life, particularly that of the defenseless, innocent unborn children. 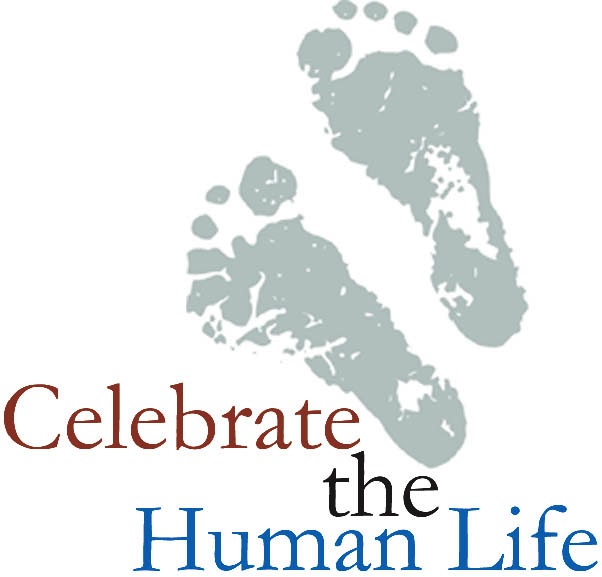