There are three major dialects within Gaeilge (the Irish language).

Munster Irish also serves as the “official” or “government” Irish.

In Corca Dhuibne (Korca Gweena) a small village located deep in the Kerry Gaeltacht, the people do not speak Gaeilge.  Instead, they speak Gaoluinn, a sub-dialect of Munster Irish. 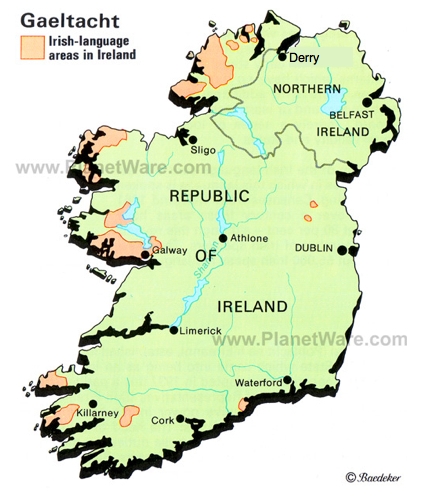