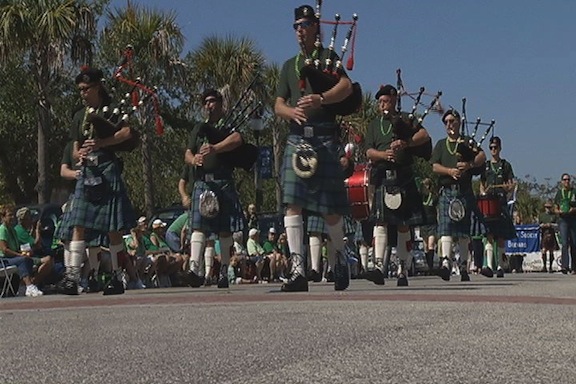 Traditional bagpipers were joined by St. Patrick himself, as well as a host of  Irish-themed floats and marching bands playing traditional Irish songs.

AOH Brother Ed Reilly turned to his right as the bagpipes and drums heralded the start of this year’s St. Patrick’s Day Parade. As Chairman and Master of Ceremonies, Ed was both a chief planner and the Hibernian who introduced each marching unit as they passed the reviewing stand. More than 70 contingents joined the line of march and were enthusiastically greeted  by the spectators. 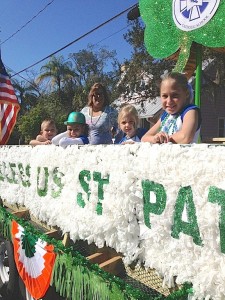 Overall, at least 9,000 residents from Melbourne and the surrounding area lined the parade route with an additional 1,600 participants marching in the parade. Once again, people representing various Irish counties marched proudly honoring their ancestry, a program successfully initiated by Ed Reilly four years ago.

A record number of local police, fire, military and civic organizations were among the seventy units participating in the parade. It was particularly heartening to note how many floats entered the parade, complete with imagery honoring Ireland and its people.

Four bands and related musical accompaniment reinforced the theme of the day. St. Patrick made his appearance and was well received by all. The demographics were representative, with a high percentage of children and seniors in evidence. The sidewalks of New Haven Avenue were crowded from the parade’s start at Helen and Oak Streets to its finish at Depot Avenue near the railroad tracks. The reviewing stand received our Grand Marshal, John McClory, the Coleen Queen, municipal leaders and other local government and military officials. Divisional President, Frank Corcoran publicly recognized Mr. McClory, who has been one of the key planners and organizers of past Brevard County 2 parades, ceremonies and special events. John has deservedly won the reputation of being the ” can do /will do” member of our division and we were proud to honor him as this year’s Grand Marshal. 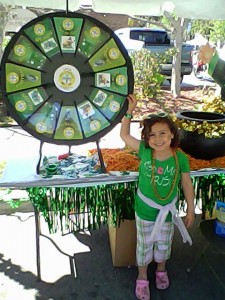 Following this splendid parade, a healthy group of spectators gravitated to Meg O’Malley’s restaurant where authentic Irish entertainment was available, and Corned Beef and Cabbage served and quenched by mugs of Guinness. At any one time, bagpipers, Irish dancers, popular local musical acts and traditional Irish instrumentation groups reminded attendees of the Celtic theme and Irish ancestral heritage. Megs has been a valued partner of Brevard Division 2 in funding required licenses and the cost of critical services necessary to set up, police and restore the parade route following the event. This alliance has been a successful association over the years, with clear and welcomed benefits for both parties.

The morning had started with a Mass at Our Lady of Lourdes Church, which some of the Committee identified as the basis for outstanding weather and a record turn-out.  During the Mass there was a procession of items symbolic of our Irish Heritage.  These items included a stature of St. Patrick, the Celtic Cross, Shamrocks, Irish Penal Rosary and the Irish Harp.  As each of these items were brought down the church isle, AOH State President Greg Seán Canning read a brief passage describing the significance of each object.

Once again, our Division was well represented, with over twenty Brothers and a dozen lady Hibernians in attendance. The ladies outnumbered the men at the Mass by a ratio of two to one, but in all fairness, many of the Brothers were involved in parade formation.

Things couldn’t have gone any better, and we even managed to recruit a new member. The balance behind the social and spiritual motivation in reinforcing our AOH commitment was visibly demonstrated and thousands of neighbors were exposed to a popular Irish tradition while honoring St. Patrick. 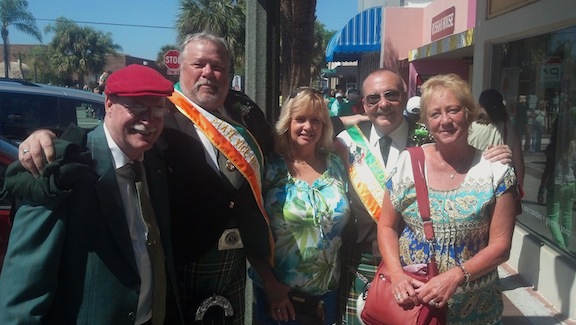 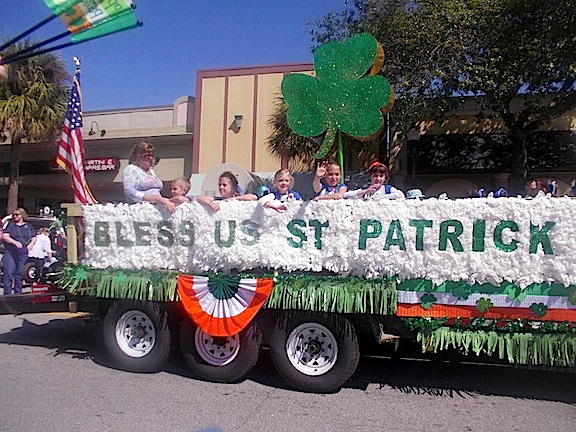 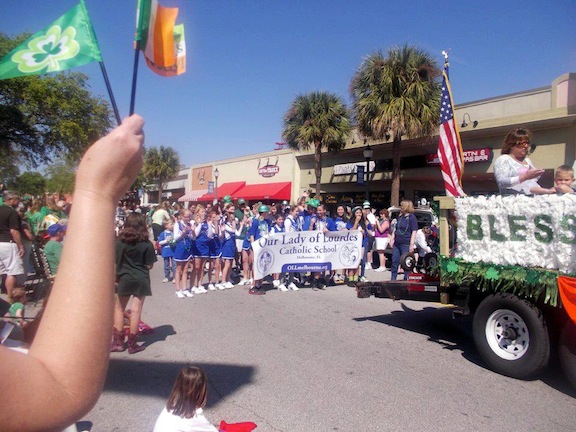 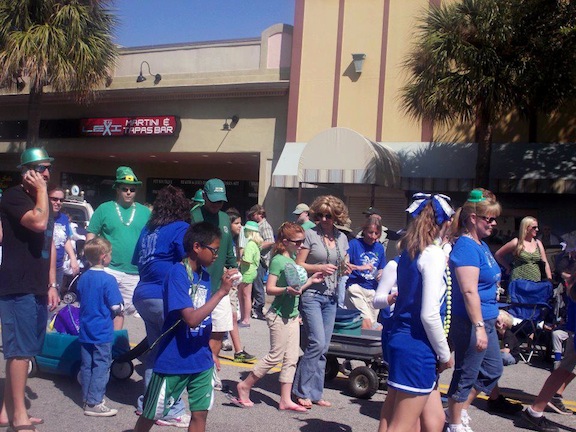 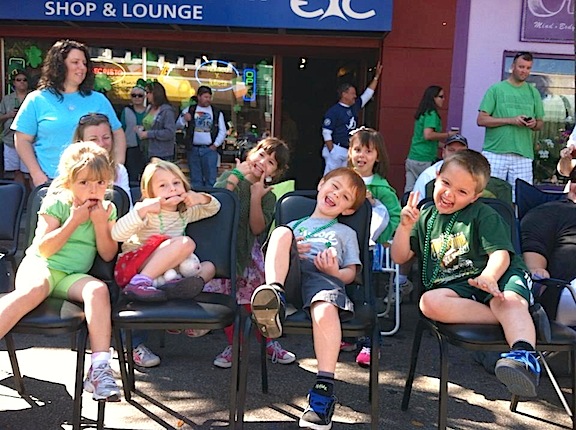