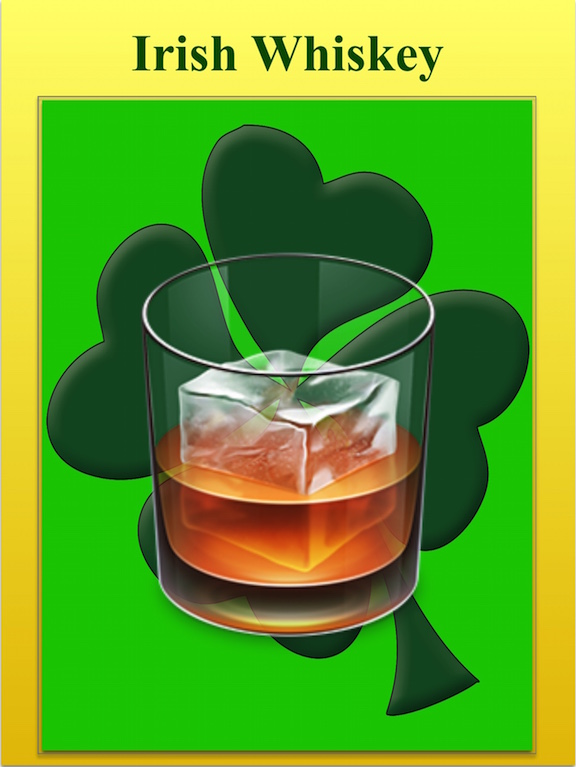 Distilling technology was brought to Ireland by missionary monks. These first distillates were called uisce beatha, Gaelic for “water of life”, which was eventually anglicized into the word whiskey that we use today.

Queen Elizabeth I (1533-1603) was known to be a fan of Irish whiskey and had stocks of it delivered to her court, making it a fashionable beverage in England. By the 18th Century, Czar Peter the Great of Russia (1672-1725) declared, “Of all the wines of the world, Irish spirit is the best”.

By 1755, Samuel Johnson had put the word whiskey in his dictionary, commenting, “the Irish sort is particularly distinguished for its pleasant and mild flavor”.

A number of factors at the dawn of the 20th Century almost completely destroyed the Irish whiskey industry. These factors include the following:

San Francisco’s legendary Buena Vista Cafe played a major role in possibly saving Irish Whiskey from obscurity in the United States with their famous Irish coffees. Proprietor Jack Koeppler was served an Irish coffee at Shannon Airport in 1952 and came home obsessed with recreating this drink at his San Francisco restaurant. With the help of travel writer Stanton Delaplane and the mayor of San Francisco, he finally recreated this drink successfully. With the Buena Vista serving up to 2000 Irish Coffees a day to tourists from around the country and locals, some would argue that Jack Koeppler single-handedly saved the Irish whiskey market in the United States by introducing people to the soft, sweet whiskey in his Irish coffees. Travelers would try an Irish Coffee at the Buena Vista and then return home to ask their local bartender or shopkeeper for Irish whiskey so that they could recreate the legendary Irish Coffee.

Outside of this country, Irish whiskey remains one of the most popular forms of whiskey today. This is due to the fact that Irish whiskey has seen a great resurgence in popularity since the late twentieth century. It has also been the fastest growing spirit in the world every year since 1990. The current growth rate is at roughly 20% per annum, prompting the construction and expansion of a number of distilleries.

Key regulations defining Irish whiskey and its production are established by the Irish Whiskey Act of 1980, and are relatively simple (in contrast with those for Scotch and Bourbon whiskey). These regulations can be summarized as follows:

There are several types of whiskey common to Ireland, including those referred to as “single pot still”, “single malt”, “single grain”, and “blended”.

However, in contrast to the Scotch Whisky Regulations of 2009, the Irish Whiskey Act of 1980 does not actually contain a definition of the terms “single malt Irish whiskey” or “single grain Irish whiskey” or specific rules governing their production, so the exact definitions of these terms may not be clearly established.

Irish whiskey comes in several forms. If the whiskey is continuously distilled from un-malted grains, it is referred to as grain whiskey. This lighter and more neutral spirit is rarely found on its own and the vast majority of grain whiskey is used to make blended whiskey, a product made by mixing column still product with richer and more intense pot still product.

Irish whiskeys made in a pot still fall into two categories:

Regardless of whether the blended whiskey is made from combining grain whiskey with either single malt whiskey or with single pot still whiskey, it is labelled with the same terminology.

The following are examples of the different types of Irish Whiskeys:

Poitín (pronounced put-cheen) is a traditional Irish distilled beverage, mostly produced in remote rural areas, away from the interference of the law (Irish moonshine). Poitín was traditionally distilled in a small coper pot still and the term is a diminutive of the Irish word pota, meaning “pot”. It is traditionally distilled from malted barley, grain, treacle, sugar beet, potatoes or whey. Alcohol volume could reach 95% volume. Legal production (40%-90% ABV) was allowed for export in 1989, and local consumption in 1997. Needless to say, the illegal moonshine remains the most popular among locals.

In addition to the above 8 distilleries, there are many more that have recently opened in Ireland or are planning to do so in the near future.

Explanation of the different Types of Irish Whiskey 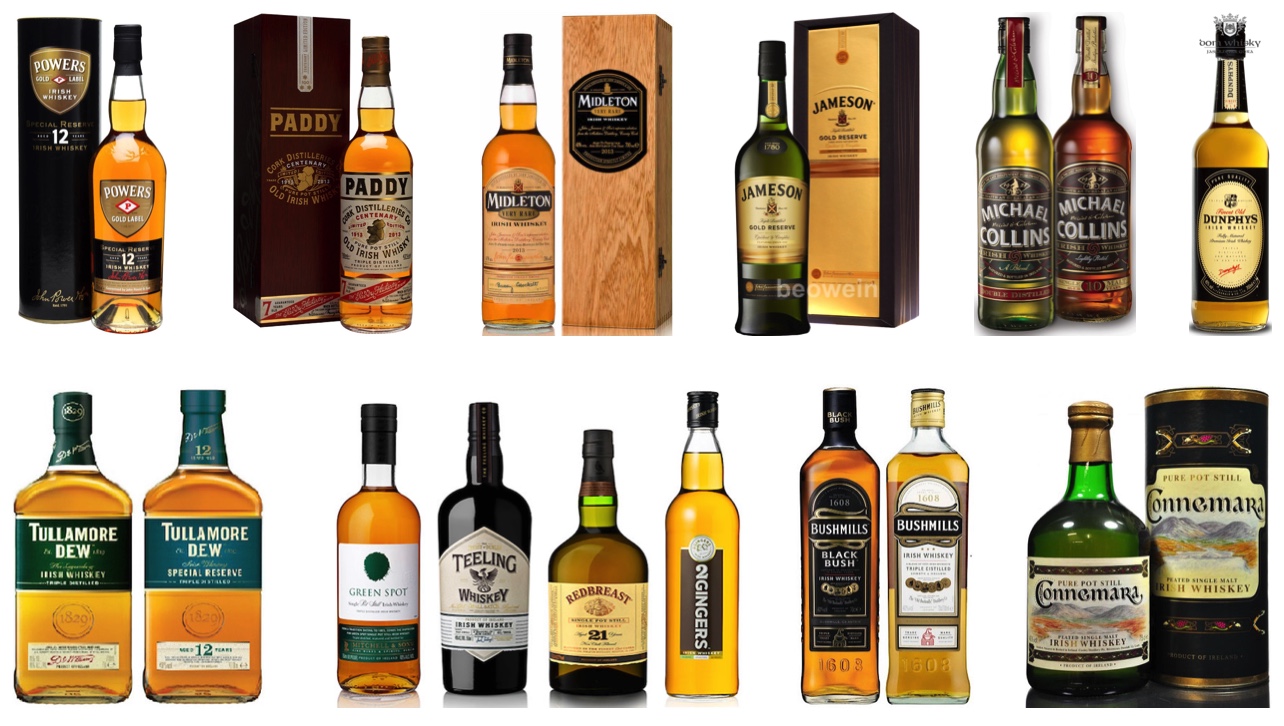 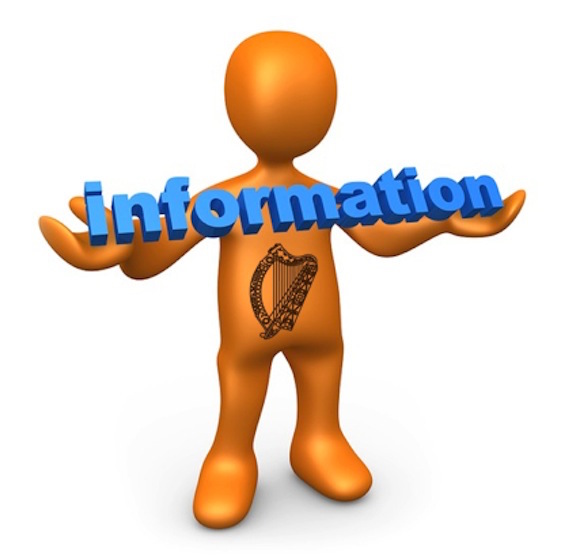