The events of Bloody Sunday in the city of Derry would become one of the worst atrocities the city would ever experience. It would also lead to one of the biggest mistakes for the British in their fight for power in Northern Ireland during the troubles.

Sunday, January 30th, 1972 started as any other Sunday in Derry but would end with tragedy and a population thrown into a dark backlash of opinion towards the British. 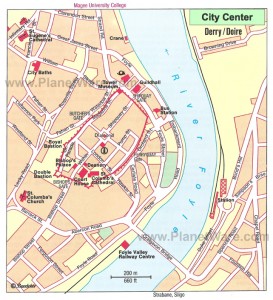 Northern Ireland Civil Rights Association (NICRA) organized a march to begin at 3PM from the Bishops Field area of the Creggan. The march had already been deemed illegal by the British. During previous march’s, the police force and the British proved too ruthless against peaceful demonstrators. The plan for the march was to walk down Creggan Hill, into William Street and onto the Guildhall Square, in the City Centre area. Over 15,000 people attended the march which proceeded from Creggan. The marchers were singing songs with some describing it as a carnival like event. As they reached the William Street area, the British Army had set-up barricades. To avoid trouble, the march was diverted into the Bogside and towards Free Derry Corner.

The Trouble Begins At The British Barricades

A number of youths broke away from the march and attempted to pass the barricades. They hurled abuse at the British troops along with stones. In turn the troops fired back with rubber bullets, tear gas and a water canon. The riot wasn’t considered intense as only a small number of people had taken part; the majority of marchers were still making their way down Creggan Hill and into the Bogside. 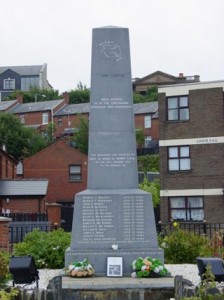 The air was full of C.S. gas so people were making their way to the meeting point at Free Derry Corner. It was then they could hear the distinctive sound of the Armored Saracens that were heading towards the Bogside area.

Within a matter of minutes the Paratroopers opened fire into the fleeing crowds, gunning down 14 unarmed civilians. Statements from witness’s described how the Paratroopers fired indiscriminately into the crowd. They also describe how different people had been gunned down. One must not forget there had been over 15,000 people who had witnessed this event. 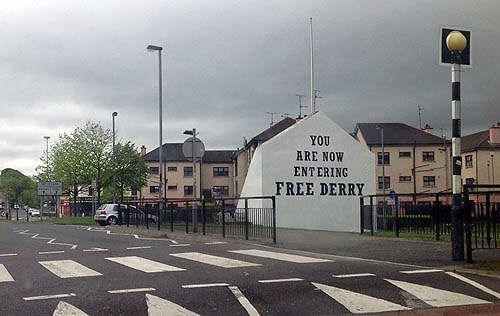 The following are the names and ages of the people who had been gunned down on Bloody Sunday by the British Paratroop Regiment. 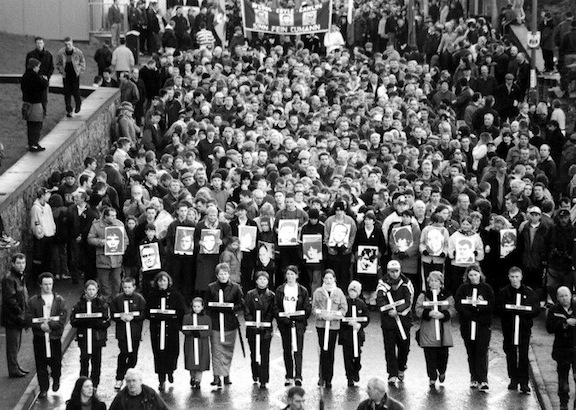 The British set-up the Widgery Tribunal to investigate the events of that day. However, it was quickly seen as a farce when many of the facts and statements were either overlooked or omitted. Because of this, Derry people never accepted the Widgery Tribunal. Every year since 1972, the people of Derry have continued to march the same route as those who did on Bloody Sunday. Even to this day, the march is remembered with thousands in attendance.

In 1997, after 40,000 people signed a petition for a new inquiry, the British Government came under tremendous pressure to reopen the investigation of the events that occurred on that day.

On 29 January 1998, U.K Prime Minister Tony Blair made a statement to the House Of Commons:

“…that a Tribunal be established for inquiring into a definite matter of urgent public importance, namely the events on Sunday 30 January 1972 which led to loss of life in connection with the procession in Londonderry on that day, taking account of any new information relevant to events on that day.”

The Bloody Sunday Inquiry was then launched. However, none of the members of the British Paratroop regiment had ever been found guilty for their crimes, even as of today.